This Story Brought To You By

Lumber prices soar, but tree farmers not seeing the profits

By Christopher Quinn, The Atlanta Journal-Constitution

Home buyers also paying up while sawmills thrive amid bottleneck.

There is a golden glow on Georgia yellow pine lumber. Prices of finished boards used in construction have more than doubled in a year.

The state’s sawmills are cashing in. But not its tree growers, who are fetching rock-bottom prices for their timber. Meanwhile, consumers are paying up mightily to build a new house or add a deck.

Blame it on a pandemic-induced bottleneck that has whipsawed supply and demand. Georgia sawmills cut production last year fearing a recession. Instead, demand went through the roof. Though Georgia has more trees in the ground than it has in decades, mills are struggling to cut them fast enough to to catch up.

And the excess trees means growers are getting about $23 a ton for pine logs, half of what they were paid in 2000.

“I wish it would trickle down to the landowner,” said Chas Cannon of Moultrie, who manages 2,500 acres that have been in the family for 109 years.

Georgia competes with Oregon yearly to be the top U.S. wood producer. It sold $679 million worth in 2019, says the University of Georgia’s 2021 report of farm production. In agriculture, timber ranks behind only Georgia’s $4 billion broiler industry and $983 million cotton crop. 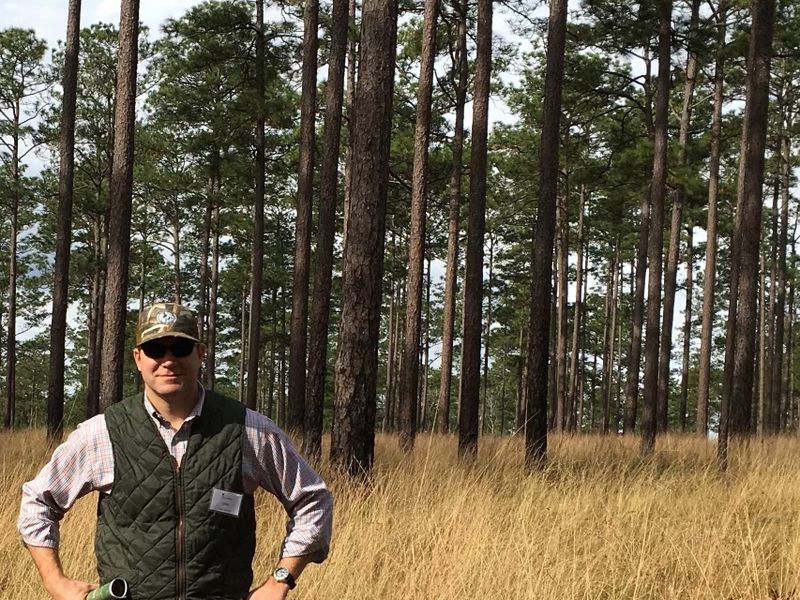 Cannon pulls every trick to get income off his forest so they can make enough to pay the land taxes and, hopefully, a little profit. If they can’t, they could be forced to sell. He bales and sells pine straw, rents acreage out to hunters, farms open acreage, plants mixed pine species to sell to lumber and paper mills. He also holds down a full-time job as Colquitt County’s county manager.

The coronavirus tipped the seesaw on the misbalance between timber and lumber prices, but the problem had been growing since Cannon, 42, was a teenager and it was exacerbated when the Great Recession hit nearly 15 years ago.

Government programs in the 1980s and 1990s encouraged planting trees as a crop, said Marshall Thomas, president of F&W Forestry Service in Albany. Just as those pines were ready to be cut, the Great Recession hit, bringing homebuilding to a halt. Homebuilding never returned to pre-recession levels and the trade war with China halted what had been a growing export market, leaving a growing excess of trees.

Not only does Georgia have 40% more timber on private lands than before the last recession, but new trees grow faster because they are improved species, said Brooks Mendell, a forest economist with Forisk Consulting in Athens.

When the pandemic hit, sawmill owners expected an economic slowdown and a downturn in demand for lumber. Housing starts initially dropped.

Sawmills cut production by 20% and were slowed by ill and quarantined employees, Mendell said. Like other businesses such as grocery stores, mills suffered from breaks in their supply chain, including a slowdown in the trucking industry.

At the same time, Gov. Brian Kemp ordered some businesses closed, and companies sent employees home to work. Then those still employed but stuck at home began to do what economists thought they would not. They began building decks, or thinking maybe an addition with a home office would be nice. Or maybe even a new, spacious house.

Do-it-yourself projects and new home starts took off in the opposite direction from production. It didn’t take long for consumers and builders to suck up the available stock, which pushed prices higher.

Mendell said sawmills have been scrambling to catch up to demand ever since.

The ripple effects are being felt elsewhere. Lumber prices have pushed the cost of a new house up $24,000 in a year, according to the National Association of Home Builders.

“We have seen lumber prices give us sticker shock,” said Jim Beveridge of McKinney Builders, which builds about 50 homes a year on metro Atlanta’s south side.

It’s home buyers who end up with the heartburn. McKinney had agreed to build a house for a couple last spring, but the wife was laid off from her job because of the coronavirus. The couple put the house on hold until the wife got a new job this year.

Home builders say it is also cutting into their profits, slowing them in finishing homes and likely pricing first-time buyers out of the market. 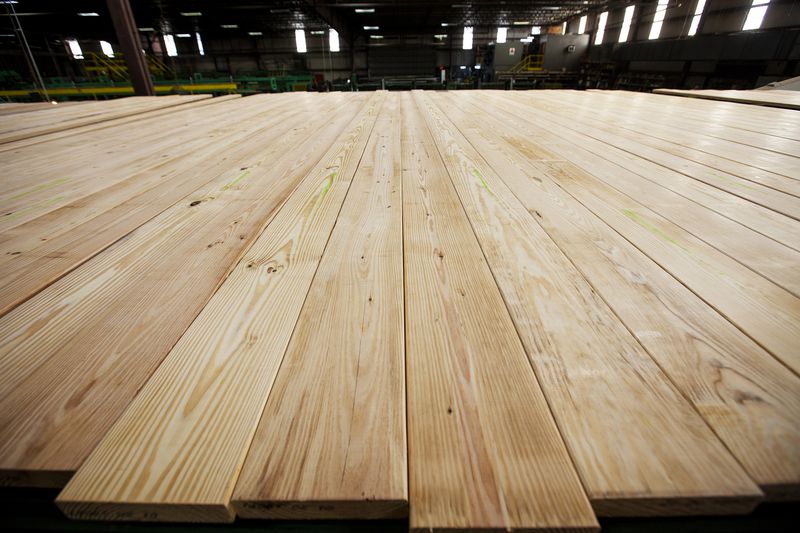 The run on lumber has boosted profits for other players in the supply line, including retailers like Georgia’s Home Depot, where sales and profits soared amid the home-improvement boom.

Georgia’s 90-plus sawmills, attracted to the state’s rich supply of softwoods and hardwoods, also are in a sweet spot.

Burt Goolsby is co-owner of Burt Lumber Co. in rural Wilkes County, which was started by his grandfather Addison Burt, who advertised himself as “the King of 4X4s.” The company still churns out about 25 million board feet a year, which Goolsby sells to companies that treat them for use in outdoor decks.

“As fast as I can make it, I load it on a truck and it’s gone,” Goolsby said.

Interfor and Canfor, two Canadian-based companies, are among the biggest lumber producers in Georgia.

The pandemic weighed down Canfor’s sales early in 2020, but the company reported record operating income of $727 million for the year as demand kicked in. It lost money in 2019.

Privately owned Georgia-Pacific, which just opened a new sawmill in Albany, reported it is back to pre-pandemic production levels or higher, though supply and transportation constraints continue to plague the industry as a whole, according to a spokesman.

Given the unusual confluence of circumstances created by the virus, nobody is certain when supply and demand will line up again and lumber prices will fall.

Andres Villegas, CEO of the Georgia Forestry Association, is optimistic prices will begin falling by the fourth quarter. Sawmills are getting back up to full speed as coronavirus infections decrease.

Tree grower Cannon said he wants his children and his sister’s children to still be cutting timber on the family land when they are his age. When you are planting a crop that your children will harvest, you have to be patient and have faith, he said.

“You are optimistic and work hard and hope it works out,” Cannon said. 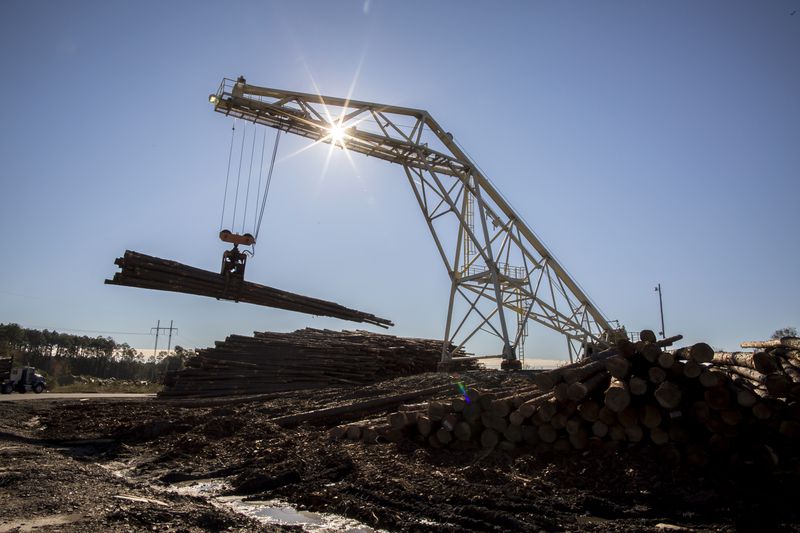 #1 in U.S. in privately owned forestland at 22 million acres

Produces the most sawn pine in the South

Has 12 pulp and paper mills

Has more than 90 sawmills

This Day in History